A little bit about me:

I'm a stay at home, disabled, gentleman with more time on my hands than is generally healthy for a person to have. Hours can drone on for more, as I get tired of just sitting in a recliner and watching the same droll televisions cop, resue, and medical dramas play for hour after hour, day after day, week after week….

To alleviate my ceaseless boredom, I've tried my hand at writing and have published several novels. I program various things on the computer. I try and get involved with social games with folks online, when possible. I even help develop the QB64 BASIC programming language…

But, I'm still left with more time on my hands than what I know to do with, so I decided to see if I could sit down and write something which might be beneficial for folks to have and enjoy for their children's education. What I've came up with (so far), is captured in the screenshot below:

Now, how this works is rather simple, (simple enough that I hope anyone should be able to try it out and work with it), but I'll take just a moment to explain the concept here:

The "Search Tags", is an area where a user can limit words from a set of basic images which they find on their computer. The Year would be the grade of school (in this case, "BAT" would be a Year 1 word), the Week would be the week which the word would be covered in a spelling lesson ("BAT" is covered in the first week of Year 1), the Sound is a close grouping pneumonic which the word would fit the pattern of (BAT is an AT word, just as is HAT, RAT, CAT, FAT, SAT, PAT…), and the Theme is a broad category for the word (in this case, I call it an "Animal", whereas a "BASEBALL" might be classified as a "Sport"). By using the Search area, one can easily and quickly limit the number of words which they want a child to study at any given time (much like how a teacher would generate spelling lists).

The buttons at the bottom (LAST, PLAY, NEXT, VOL, STOP, QUIT), control the flow of the program, and the REVIEW/DIFFICULTY/QUIZ buttons can be used to let the user test their ability to spell the desired word properly.

And, how's it work in general, you ask?

The concept is really rather simple: You choose the words which you'd like to study at the moment. The first one comes up (and I'll use "BAT" for an example, as it's the word in the image above), and it showcases an image of the word on the screen, followed by a voice which says, "B…. A….. T…… is how you spell BAT. B….. A…. T" Is you want to hear the spelling again, just hit the play button. If you want to move on to the next word to review, hit the next button. The last button will let you move back and hear the last word once again.

Children review the words (in a random order), the number of times which the REVIEW setting is set for (3 in this case), with the same process occuring with each word. (The number of words to review is limited by our search criteria, and currently the program only has about a half dozen words which it works with for testing purposes.)

Once all the words are reviewed the set number of times, the child can then start the quiz, which will place the image on the screen, and ask, "Can you spell BAT?" If the setting is on "EASY", for an easy quiz, the program will display " * * *" on the screen to represent that the word has three letters for the child. If it's set on "HARD", they have to enter the word without any clues for how many letters it might contain (much like if they had to spell it on a sheet of paper when a teacher asked in class, "The first word is BAT.").

Once the words are all spelled, the program then scores right and wrong answers, so a child can focus on which words they may need to go back and review again in the future.

All in all, a simple enough little spelling training tool, I think, which is easily expandable. All it needs at this point is a collection of copyright free images and someone willing to speak into a microphone clearly to spell and say the words (I'm from southwestern Virginia and have what is called an "Appalachian Dialect", so my accent isn't always clear and precise as I'd hope to have for something like this), and then this little project can expand quickly to more than just Grade 1, Week 1, "AT" words…

My question here is: Would anyone be interested in this little time waster of mine? It'll be 100% free, and the source code is written in QB64-BASIC ( https://www.qb64.org/forum/index.php?topic=1544.0 ), and is completely open source if anyone is interested. If folks are interested in this, is there anyone who would be interested in helping to compile a list of which words would go to which week/grade for school lessons, and would anyone be confident enough in their voice, to speak the words, and letters, and such for use? And, is anyone willing to donate/share royalty free images which can represent the words which would be used in the program?

I coded the project more or less for my own personal whimsy, but it seems like it may be turning into something which others would be interested in. I have absolutely no interest in earning money with the project/program, and it's more or less done except for the compilation of sounds, images, and word lists now, but I don't know if there's any interest out there for this type of product, or if it's something that's already been overdone and overly available, with no need/interest in a new version of the same-old, same-old, which somebody would have to learn to use.

Let me know what you think guys, and whether or not anyone would be interested in this type of little teaching tool for their children at home. If there's demand, I'll see about expanding it and finding some way to make it readily available for free download so folks can use it on their PCs and laptops. (I can compile programs for Windows, Linux, Mac, all 32 or 64-bit OSes, but not for Android/iPads with it yet.) If this type tool is something which is too "niche" to be of interest, or is too overdone, I'll just leave the project as it is and move on to playing around with something new to pass my time. As it is, it already does basically all I envisioned that it needed to do, so now it's either time for others to find it useful/interesting, or else time to shelf it and be happy with what it is now (which is currently just one week's work of images and words). 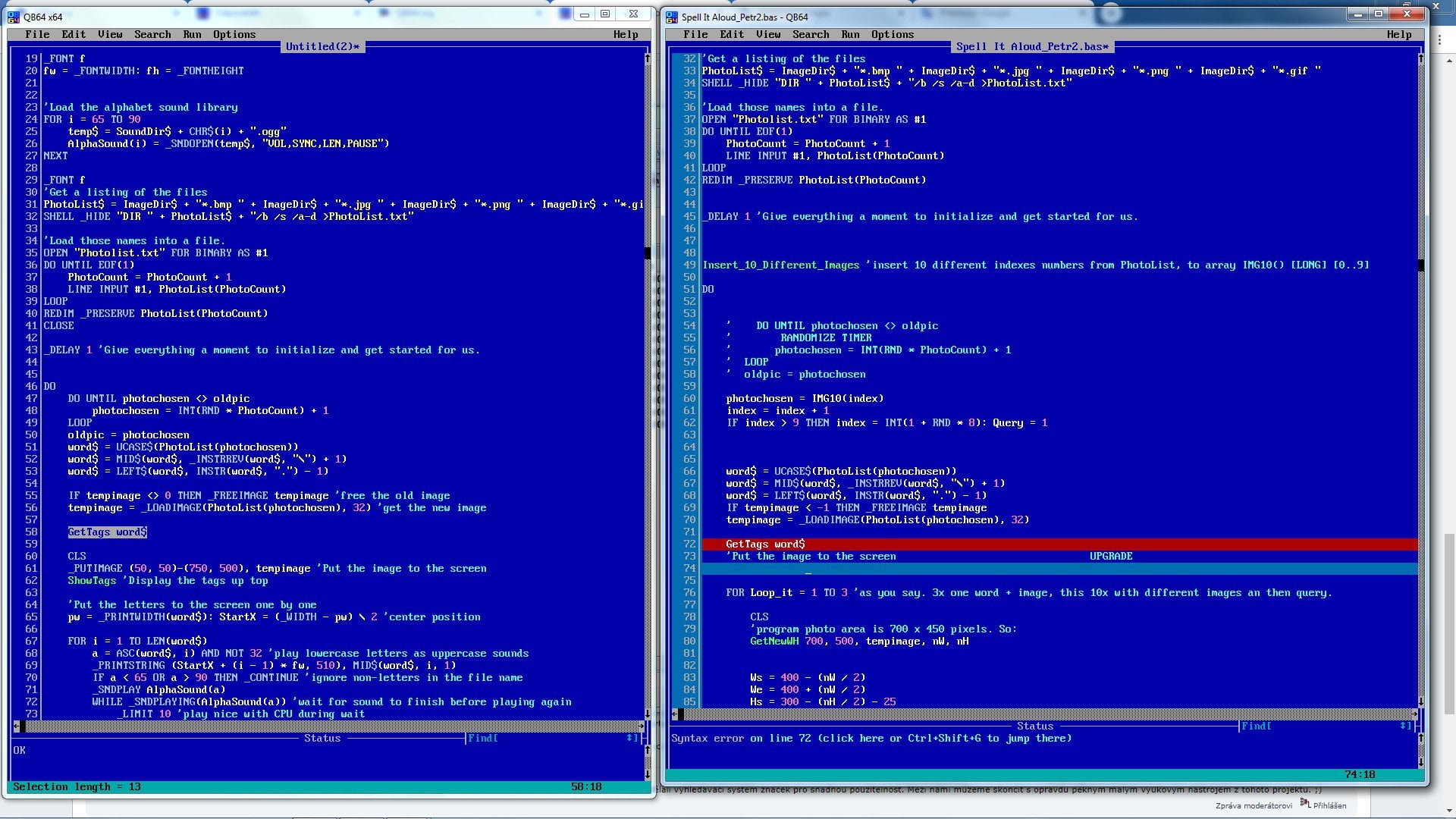 Spread the love
Yes.
Tesla will let you customize your car’s horn and movement sounds: It’ll even include ‘Monty Python’ coconut horse clops.

I’ve been wanting to start this company for a while